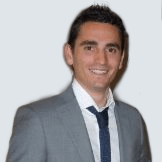 What DrawDown is and how to manage it

An important indicator in order to assess the value of a trading strategy is the maximum drawdown.
It is important for an algorithmic trader to take into consideration the level of drawdown while testing a strategy. Sometimes it is more important to know the expectation of losing money, instead of the amount of money that could be raised by using a trading system.
A trader must consider drawdown, but how can he calculate it for his strategy? I surfed many webpages explaining what drawdown is, but it was quite hard for me to understand its meaning, until I found this simple example .

It explains that drawdown is a measurement of the risk and drawdown measures the percentage peak going from the top value of your portfolio to the lowest one reached relatively to that maximum. Let's now provide an example in order to be clearer.

2.97% is the maximum drawdown for this backtest, all the others are considered relative drawdowns

As it is shown by the above chart, each time a new peak is reached, the trader has to start evaluating the maximum distance going from ng it is important to evaluate the worst case scenario that is explained exactly by the maximum drawdown.

What is the formula for maximum drawdown?

It is quite easy to calculate it. The formula is the following one:

I use the following parameters in order to evaluate the quality of a trading strategy taking into account drawdown.

1) Maximum Drawdown atleast half the total interest rate per year. Thus if I face the maximum drawdown I can expect to have my money back within 1 year and no more (statistically speaking)

2) Maximum Drawdown cannot be higher than 15%. This is a personal rule. I think that everyone has got a level of loss unable to accept, well, 15% is my maximum.

The material on this website is intended for information purpose only. No investment advice or solicitation to buy or sell securities is given or in any manner endorsed by BacktestMarket. Expert Advisors and Indicators are for code learning purpose. No investment or trading advice, recommendation or opinions is being given or intended. Past performance, whether actual or indicated by historical tests of strategies, is no guarantee of future performance or success. You should not invest or risk money that you cannot afford to lose. For further details please read the "Terms of Service" to see the full set of terms and conditions. Copyright © 2021 BacktestMarket, Inc. 01480170529. All rights reserved.